Bitcoin 101: What is it, How it's Similar to Dollars, and the Benefits of Owning it

So, what is bitcoin (BTC)? Put simply, it's digital money. But it's not like the dollars in your checking account or the coins in your wallet. For one thing, there are no physical bitcoins - instead, they exist only as digital records. And unlike traditional currencies, which are regulated by governments, bitcoins aren't subject to any central authority. That means that nobody can print more bitcoins or inflate the currency by creating phony accounts. So, what gives BTC its value? It's partly due to it being a finite resource - there will only ever be 21 million bitcoins in circulation - but also because of its popularity. As more and more people start using and accepting BTC as payment, its value will continue to rise. 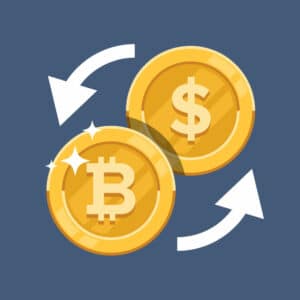 If you’re like most people, you probably think of Bitcoin and dollars as two entirely different things. After all, one is a digital currency that doesn’t physically exist, while the other is a government-issued fiat currency with a long history. However, there are actually quite a few similarities between BTC and dollars. For starters, both are used as a medium of exchange. You can use both to buy goods and services or to pay for labor. Additionally, both Bitcoin and dollars are divisible into smaller units. This makes them more practical for everyday transactions. Finally, both currencies are largely influenced by supply and demand. If more people want to buy BTC or dollars, the price will go up. Similarly, if the demand for either currency decreases, the price will fall. In many ways, then, BTC and dollars are more similar than you might think.

What are the differences between Bitcoin and Dollars?

While they may share some similarities, there are also a number of important ways in which they differ. For one thing, bitcoins are decentralized, meaning that no single authority controls them. This contrasts with dollars, which are issued by the Federal Reserve and can therefore be more easily manipulated. Additionally, bitcoins are finite in supply, whereas the supply of dollars can theoretically be increased infinitely. Finally, transaction fees for bitcoins are generally lower than those for dollars. So when it comes to deciding between these two currencies, it all comes down to what's most important to you: decentralization or stability.

BTC has been making headlines lately for a variety of reasons. Some people view it as a valuable investment, while others see it as a way to pay for goods and services anonymously. However, there are many benefits to owning BTC that are often overlooked. For example, bitcoins are not subject to inflation, meaning that their value will not decrease over time like traditional currency. In addition, bitcoins are portable and easy to store, making them ideal for people who frequently travel or who do not have access to a traditional bank account. Finally, bitcoins are relatively new and thus offer the potential for significant growth in the future. While there are some risks associated with owning bitcoin, the potential rewards make it an attractive option for many people.

What are the drawbacks?

Bitcoin may be the future of money, but there are still a few kinks to work out. For starters, it's not exactly stable. The value of a single Bitcoin can fluctuate wildly from day to day, making it a risky investment. And even though transaction fees are typically very low, they can spike during periods of high traffic, making it expensive to send large amounts of BTC. Finally, because BTC is still a relatively new technology, there's always the possibility that something could go wrong and your Bitcoins could be lost forever. So while owning Bitcoin may come with some challenges, it's still a pretty cool way to store your cash.

MORE NEWS
Navigating the Crypto Tax Landscape: An Event in Partnership with Thomson Reuters
Developing Bank Statements For Blockchains
Addressing the FASB’s Tentative Decision on Crypto Assets
Ledgible Wins Award for Tax Technology from K2 Enterprises
Canty to join Coinbase CAO at Blockchain Accounting Symposium
« Back to Blog
Get the latest Ledgible and Crypto Tax/Accounting news by signing up for our newsletter.
AccountingSolutionsTax - for ProfessionalsTax - for Individuals
CompanyNewsroomContactBlogPricingFAQIntegrations
Join NowSign In